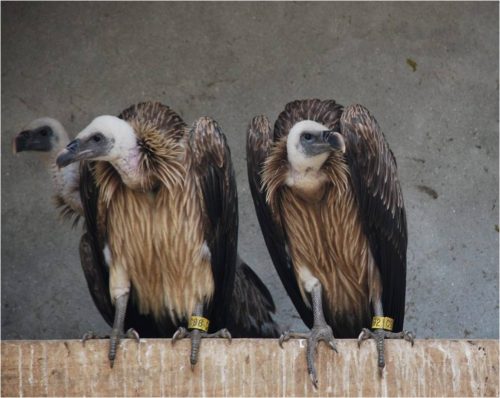 •Gyps Vultures Husbandry Guidelines – New husbandry guidelines for three species of critically endangered Gyps vultures has just been produced by the team involved in the Indian conservation breeding programme, including lead author Dr Vibhu Prakash of the Bombay Natural History Society. It is hoped this will be of great value to those directly involved is such work throughout Asia, as well as having wider value for other conservation breeding work with other species.