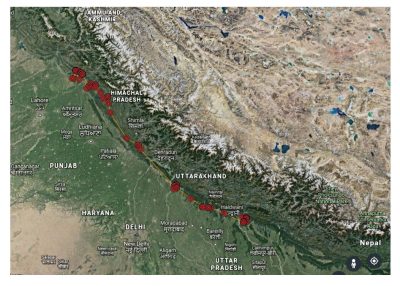 News from the BCN team is that the six birds released in November have so far remained within 2.5km of the release aviary, and since February, the released vultures have started soaring. The birds have remained dependent on the vulture restaurant so far and mix with the local wild birds on a daily basis . The team are now providing food n different locations in and around the vulture safe feeding sites to encourage the released birds to move further away. 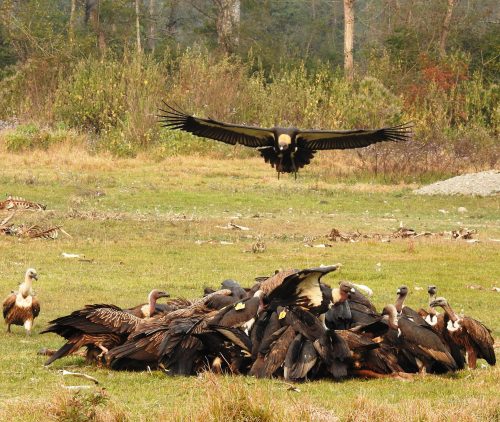 Sad news though was that one bird was eaten by a mammalian predator in February, possibly a leopard judging by the circumstances and signs, but having five out of the six still alive after five months is still a very promising result at this stage.

Meanwhile, the remaining eleven wild birds are all still alive and several are breeding locally and up to 100km from the trapping site. Non breeding wild tagged birds are regularly crossing into India visiting their favored foraging sites and returning back, but the adult wanderer (wing-tag number-25 who visited Himachal Pradesh in January, came all the way back to the area in Nepal in February, but has now returned again through western Nepal, Uttarakhand, Himachal Pradesh (a very similar route to previously) and gone on further west to Jammu and Kashmir and close to the Pakistan border! This is about 1100km far away from the release site; Pithauli, Nepal.(see map 151550 ). Most of the vultures spend their time in provisional vulture safe zone west from the release site but interestingly, one individual travelled about 185km east and returned back to release site (see map 151548). 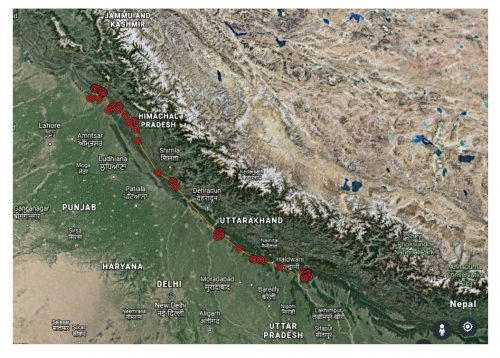 Recently, the Nepal Vulture Release Plan has been revised with an amendment to release the captive bred vultures into the wild. it is planned to transfer last year’s hatched chicks to the release aviary for release in October-November when they will be twenty two months old.

Once again this work shows how mobile these birds can be, although this is more so than previously known for this species. But the key result (so far) is the promising survival rates and lets hope that results continue to indicate that carcasses are not containing toxic NSAIDs or any other poisons etc. The teams and wider network is constantly on stand-by to react and retrieve any bird that might die, so that we can better understand the current threats . 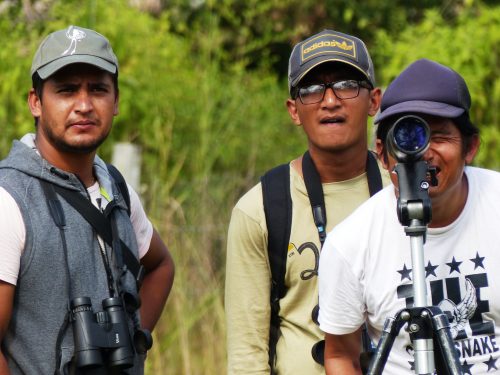