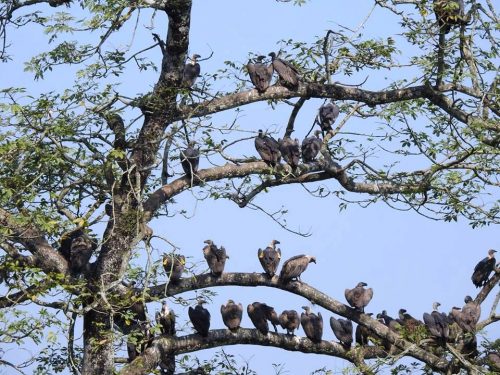 Great news is that all the vultures that were released in September 2018 are alive and well, and gradually moving further away from the release area. Initially they were quite sedentary staying close to the release aviary and feeding on the carcasses supplied, which also attracted several of the wild tagged birds.

In October the birds were also encouraged to feed in different areas, the first being 0.3km west from the Vulture Safe Feeding Site (VSFS). Most of the birds flocked to the new feeding site on the first day and then returned to the original site to roost in the trees with the other released birds (photo above). A total of 39 white-rumped vultures were recorded on that feeding.

November 4 a fifth site Binaythis Grassland 0.85km from VSFS was created from a collection of a carcass from a nearby village. On this occasion the vultures were not present on the first day but on the second day, an impressive total of 107 vultures came to fed on that carcass including all the released vultures (except 1) and 11 wild tagged vultures.

Throughout November the sites were replenished and observations continued at each site. Due to there being feeding opportunities at several sites, its not surprising that not all the birds were observed at all sites. A sixth site (not shown on the map) 2.06km from the VSFS in the Krishnasar Community Forest was sought after gaining permission from the president of the management committee of the community forest. This encouraged 2 of the tagged vultures to show soaring behaviour 40-45m above the tree canopy. 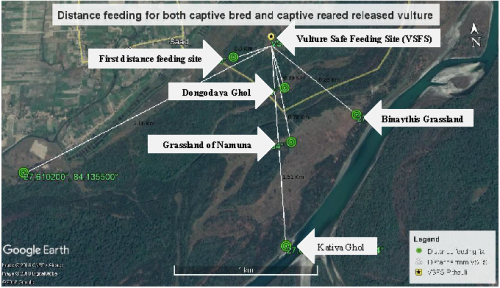 In comparison to the first release batch (captive reared), these birds are progressing faster in their flight and distance coverage especially the young birds which were hatched in Vulture Conservation Breeding Center

The ‘Distance feeding’ has been really effective, with some birds moving up to 6 km far from the release site (to a nesting location of wild vultures) and back again for feeding at the feeding center (see on maps below). 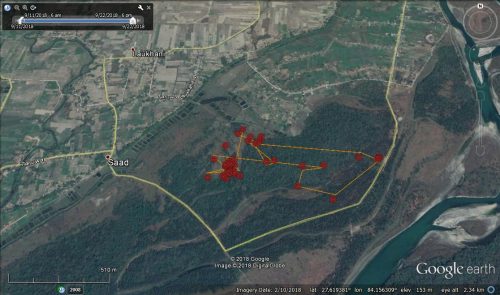 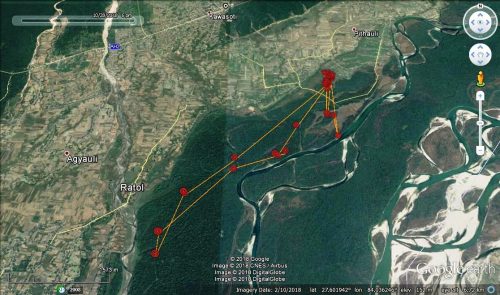 Released bird moved up to 6km far from the release site back again to the feeding center. 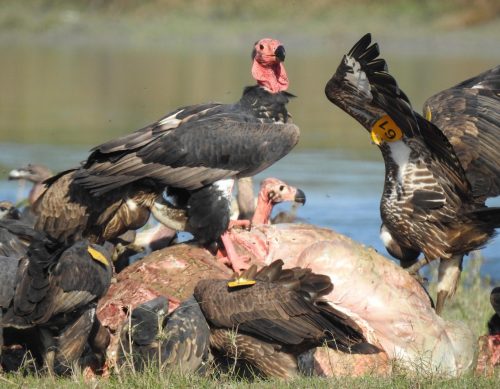