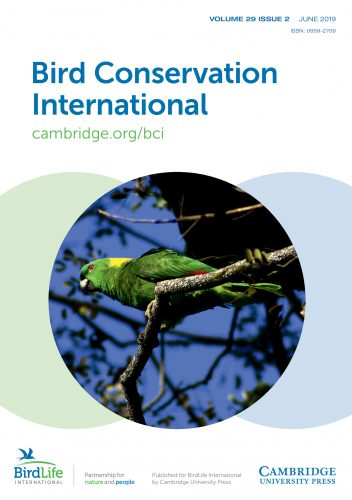 The most positive news to emerge so far from studies of the catastrophic decline of vulture populations in South Asia has been reported in a new paper in Bird Conservation International (Galligan et al. Bird Conservation International doi:10.1017/S0959270919000169). Populations of White-rumped, Indian and Slender-billed Vultures declined rapidly across the whole on the Indian subcontinent, beginning in the mid-1990s. All three species declined at the same time and were soon red-listed as Critically Endangered. The largest decline was for the White-rumped Vulture, whose population fell by an average of half in each of at least ten successive years, until populations had declined to one-thousandth of their former levels! Several lines of evidence indicate that the use in livestock of the non-steroidal anti-inflammatory drug (NSAID) diclofenac was the sole or principal cause of the decline. Vultures die from kidney failure within a few days of eating flesh from a cow or water buffalo given the drug to reduce pain or swelling 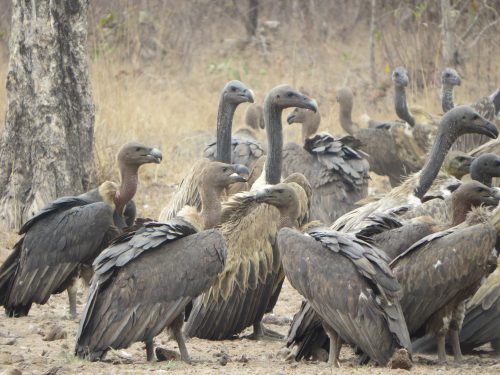 Veterinary use of diclofenac was banned in India, Pakistan and Nepal in 2006, but the extent to which the regulations have been implemented varied substantially. In India, the occurrence of the drug in carcasses of dead cattle available to vultures as food has fallen markedly, but the most recent surveys show that some dead cattle still contain the lethal drug and some veterinary pharmacies still sell it. Probably as a result of this incomplete action, the decline of vulture populations in India has slowed or stopped, but there has not been a marked recovery. However, this new study of populations of White-rumped and Slender-billed Vultures in Nepal, tells a different and more hopeful story. 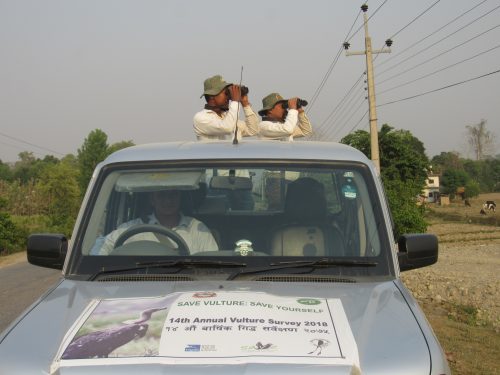 In Nepal, the diclofenac ban was followed by gradual but very effective implementation of a Vulture Safe Zone (VSZ) programme to advocate vulture conservation, raise awareness about the threat to vultures from veterinary diclofenac, and provide vultures with NSAID-free food at vulture restaurants. This programme encouraged the veterinary use in livestock of a vulture-safe alternative drug (meloxicam). Surveys of the drugs available in veterinary pharmacies show that diclofenac became very rare on their shelves, being largely replaced by meloxicam. Long-term monitoring of vulture populations in Nepal before and after this programme showed a rapid decline of the White-rumped Vulture population from 2002 up to about 2013, but this gave way to a rapid and continuing recovery since around 2013. More limited data for the still rarer Slender-billed Vulture show a similar pattern, with the change in trend from negative to positive beginning in about 2012. 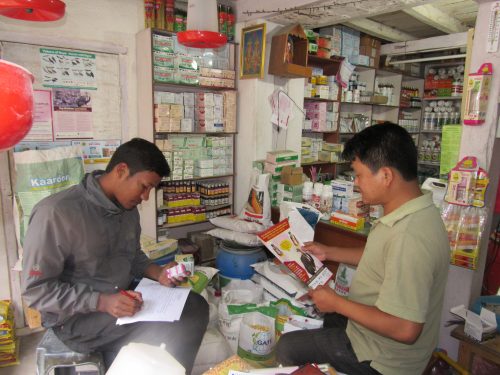 The timing of the change in fortunes roughly coincided with the time when the Vulture Safe Zone programme became fully effective at a near-national level. It seems highly likely that this community-based advocacy and awareness-raising programme, and possibly also provisioning of safe food, has made an important contribution to vulture conservation by augmenting the effects of changes in the regulation of toxic veterinary drugs.

Ishana Thapa, Bird Conservation Nepal’s CEO said “This news of recovery makes all our work over the years with local communities worthwhile, and shows how, once people and vets understand the threat that diclofenac poses, they are willing to use the safe alternatives like meloxicam.

Professor Rhys Green, a co-author of the paper and SAVE Chairman, points out “The Vulture Safe Zone advocacy programme was pioneered by conservationists in Nepal and reflects great credit on them. Also important has been monitoring by regular road transect surveys of the vultures and undercover surveys of drugs on offer in veterinary pharmacies. This monitoring has now been used to measure the programme’s effectiveness. The results show that, by combining government regulation with education, advocacy and monitoring, we can help these species to turn the corner from decline to recovery. This should provide great encouragement to those pursuing efforts of this kind in other countries across South Asia where toxic NSAIDs are recognised as the main factor suppressing vulture populations”.

More details on the results can be found on the Bird Conservation Nepal website, and the paper is available on request from chris.bowden@rspb.org.uk

NB. Note links to the SAVE Blueprint and latest SAVE annual report, and to the CMS Multi-species Vulture Action Plan underpin the actions taken.