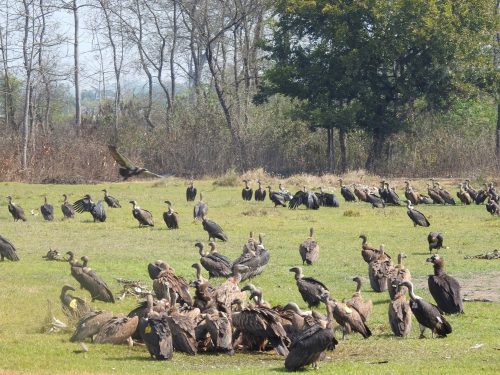 Nepal was the first country to release captive-reared and captive-bred Critically Endangered White-rumped Vultures into the wild, and this October a further 13 birds (seven captive-reared and six captive-bred) are due for release at Pithauli, Nawalparasi district. The birds are currently building up their strength and assimilating with wild vultures in the pre-release aviary at Pithauli and will be the third batch to be released into the wild. Like the others, these will be fitted with GPS telemetry tags so that they can be closely monitored.

Previous releases of birds, in 2017 and 2018 (including eight birds originally hatched at the breeding centre – a World first!), along with the tagging of wild vultures, have enabled us to confirm that the provisional Vulture Safe Zones (pVSZ) are genuinely so far proving safe for vultures, free of diclofenac and other toxic NSAIDs, and other sources of mortality. The movements and survival of a total of 38 birds (20 wild and 18 captive) have been monitored so far.

Wild birds have ranged widely, only occasionally returning to the feeding area at Pithauli (Figure 1).One wild tagged wandering bird   travelled about 1100km, far from the release site up to the area of Jammu and Kashmir, India.  As Figure 1 illustrates, birds have been ranging up to over 200 km from the release site. Their continued survival tells us that the food that they are eating is safe, and crucially, free from vulture-toxic NSAIDs. The assessment of the pVSZ began after birds were released in September 2018 and has already exceeded 380 days with no mortality by drug contamination. In fact, the first birds released in 2017 have now been free ranging for more than 680 days. 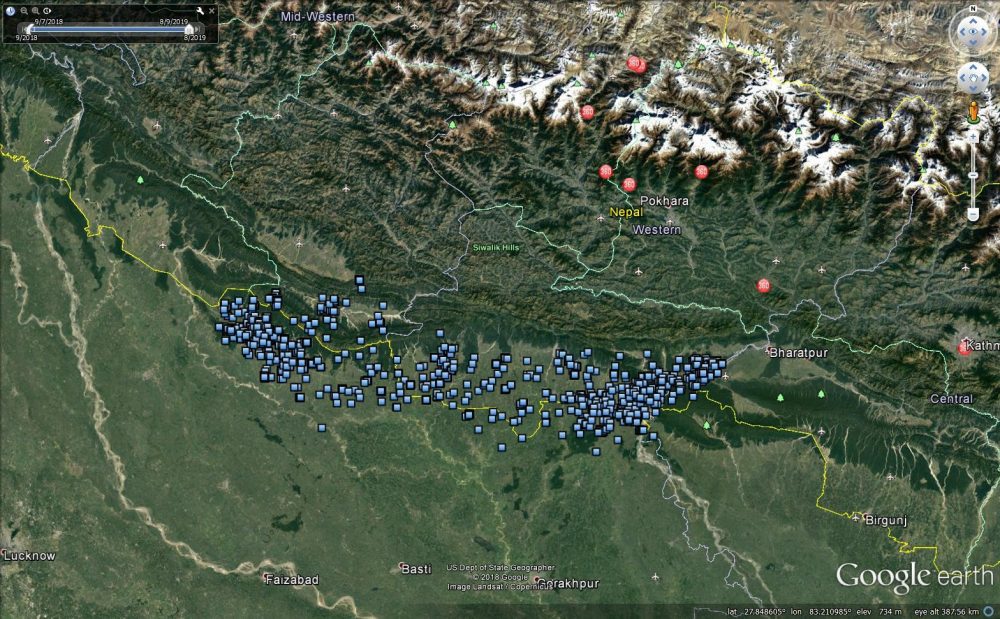 Figure 1. Movements of White-rumped Vulture, tag number 171359. This is a wild bird, caught and released in September 2018. Although it has regularly returned to the feeding site at Pithauli, it has ranged widely, up to 220 km from where it was released. This is typical of the wild birds, which have mainly ranged between 100-250 km from the release site.

In contrast to the wide-ranging wild birds, all the released captive birds have remained in and around the release site, their movements limited to just a few kilometres (Figure 2). Although this has told us little about the safety of the wider pVSZ, the release of captive birds is vital to build up a population of local breeding birds.

Unfortunately, but not totally unexpectedly, we have lost two of the released captive birds to predation, and a third due to a collision with one of the aviaries. But worryingly, in January 2019 six birds (including one untagged wild bird in the same area) became sick and were taken into care. Samples collected at clinical examinations were transported to the Animal Plant and Health Agency in the UK, arranged by ZSL, for comprehensive testing for a panel of avian viruses. While results from these tests are not definitive, they are consistent with a strain of avian influenza being responsible for the disease seen. Further investigations will take place in October. 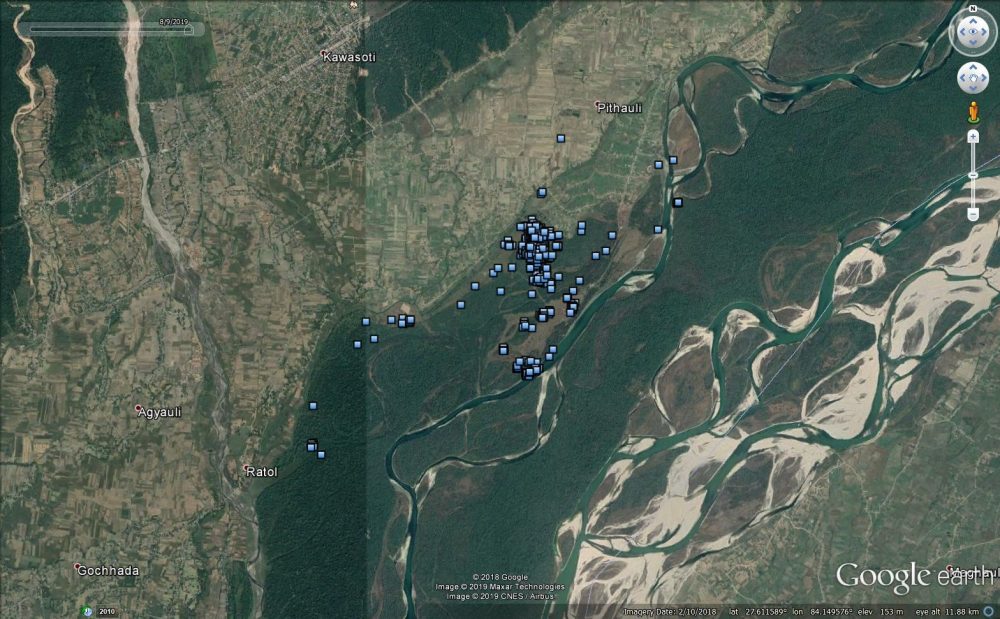 Figure 2. Movements of White-rumped Vulture, tag number 171343. This bird was captive-bred and released in September 2018 and has mainly been confined to the feeding area at Pithauli, ranging no more than 6 km from the release site. This is typical of the released captive birds, which all tend to spend their time around the release area where they are regularly fed.

The planned releases in October and the ongoing monitoring of tagged birds highlights the successes achieved in Nepal, in both the successful rearing to release of captive White-rumped Vultures, and the continued safety of the pVSZ. 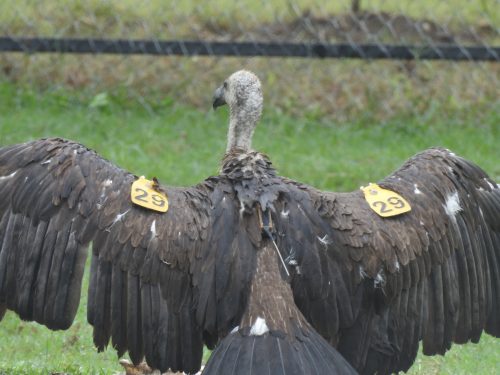