Chris Bowden, the Saving Asia’s Vultures from Extinction (SAVE) and RSPB’s Vulture Programme Manager said “All six are marked with individually coded wing-tags for identification in the field, but most significantly, two were fitted with satellite tracking devices, so their movements and survival can be monitored over the coming months and years. This longer-term monitoring is crucial for understanding the safety of the environment, and how these vultures fare in future. The release is a pilot for future releases of the captive-bred birds at the West Bengal Vulture centre, and if all goes well, we hope to release some of the Critically Endangered species with similar transmitter devices in a year’s time.” 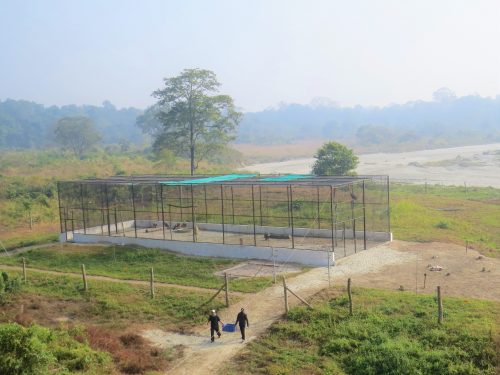 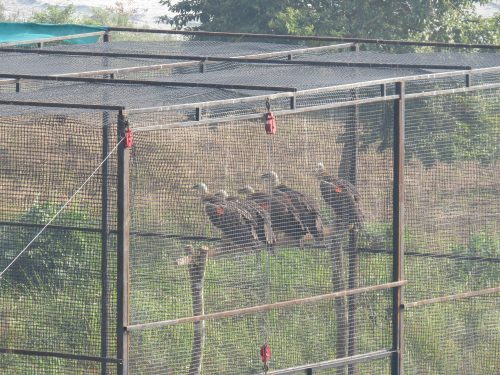 It was a beautiful misty, but then sunny morning for the release, and the gate was quietly opened via a pulley by the Minister. There was an expectant gathering of Forest Department officials, Bombay Natural History Society (BNHS) staff and press reporters, including Buxa Field Director and Chief Conservator of Forests Mr Sen Gupta, and Chief Wildlife Warden and PCCF Mr Ravi Kant Sinha. 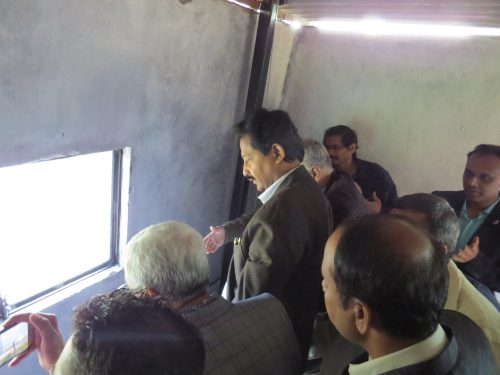 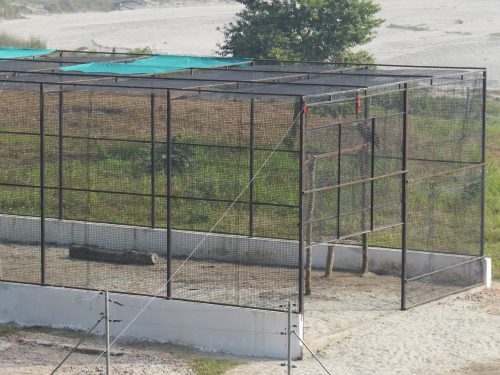 But as can often happen, the birds waited and only started emerging to freedom after more than an hour. Dr Vibhu Prakash, Deputy Director of BNHS, who coordinates the vulture conservation and research work across India, was not surprised by the delayed emergence of the birds, but said he’d still hoped they might leave slightly sooner. Mr Soumya Chakraborty the BNHS Rajabhatkhawa centre manager said “Our team will be eagerly tracking the movements of the birds, and hope that they will help us learn more about the movements and survival of this magnificent species.” 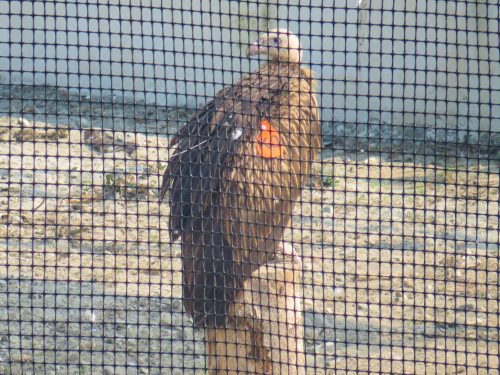 The Himalayan Griffons are being used for this pilot release phase have been rehabilitated over the past three years, and are slightly less endangered than the resident species which are the main focus of the conservation work. The three resident species being bred at the centre are those that have crashed most dramatically due to the use of diclofenac and other drugs in domestic cattle. 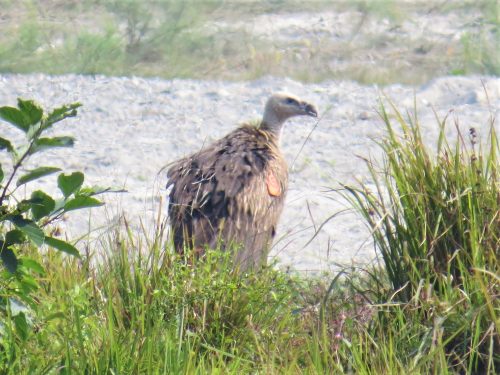 The Minister and other officials then went on to the breeding centre and officially inaugurated a newly constructed colony aviary, proceeding to release the first ten vultures into their new home. 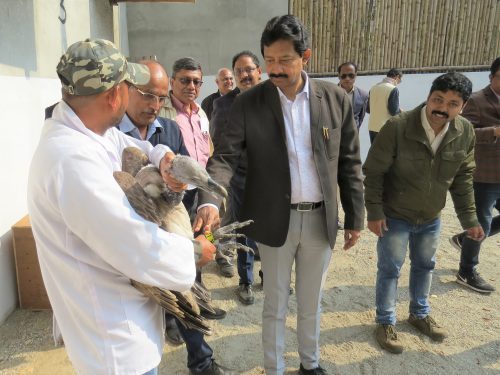 The event received good coverage in the media including TV, eg https://www.telegraphindia.com/states/west-bengal/set-free-captive-vultures-soar-into-air/cid/1728019#.XfmEsvyo-4U.twitter