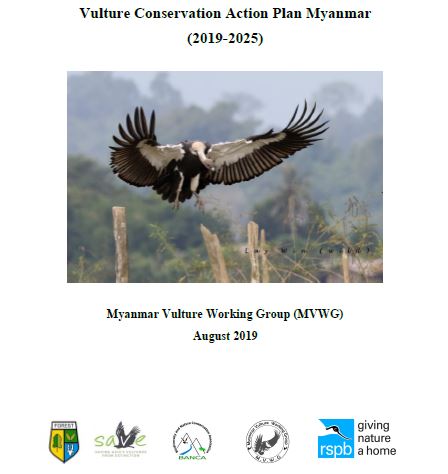 A conservation action plan for vultures in Myanmar has just been finalised, signalling a revitalisation of efforts to protect vultures by government and conservationists in the country.

Myanmar is one of the last remaining strongholds for vultures in South-east Asia, where hunting and habitat in particular have devastated the carrion-base on which vultures depend for food. Populations of White-rumped, Slender-billed and Red-headed vultures still persist in apparently sustainable numbers. 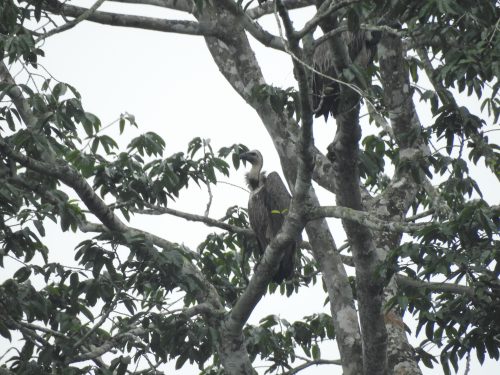 Since the growing awareness of the Asian vulture crisis in the mid-2000s, vultures have been on the agenda of various conservation organisations in Myanmar and led to a first national vulture action plan in 2007.

In 2018, the Myanmar Vulture Working Group (MVWG) was established, following the model in Cambodia, including BANCA, Friends of Wildlife (FOW), FFI, WCS, WWF, the government’s Nature and Wildlife Conservation Division, MVC, MCA, University of Veterinary Science and vulture experts. The role of the MVWG is to coordinate efforts and knowledge related to the conservation of vultures in Myanmar.

Soon after it was formed, the MVWG was accepted as a SAVE associate, and one of its first tasks was to update the conservation action plan, which took place in Naypitaw on 3rd April 2019 at a meeting hosted by the government of Myanmar. 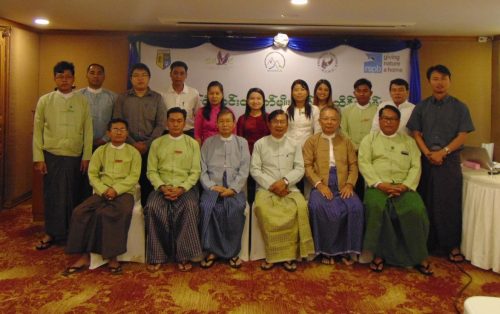 Notably there was participation at the meeting of the Myanmar Veterinary Council and Myanmar Veterinary Association, which have also now joined the MVWG. Diclofenac and use of other veterinary NSAIDs were previously not on the market in Myanmar as numerous pharmacy surveys had shown. However diclofenac from Vietnam is now being sold and experience from South Asia shows this to be a real and potentially devastating new threat to vultures in Myanmar. The involvement of veterinary groups is a positive development to find solutions to address this threat, which was previously not understood among the veterinary community.