Results from pharmacy surveys in India, Nepal and Bangladesh have been published in a major update in Bird Conservation International (BCI). As a special concession for vulture conservation, BCI have kindly allowed free access for the first two months, so do take advantage and download.

John Mallord (corresponding author) highlights the full implications of the paper is his blog which is copied below:

It has been over a decade since the Governments of India, Pakistan, Nepal and Bangladesh banned the veterinary use of diclofenac, which was commonly used to treat cattle. This was in response to the proven role of this non-steroidal anti-inflammatory drug (NSAID) in the catastrophic declines of Gyps vultures throughout South Asia.

Populations of three species – White-rumped, Indian and Slender-billed Vultures – declined by more than 95%; in fact, the worst-hit, White-rumped Vultures declined by 99.9% – that’s one bird remaining for every thousand – in just a decade.

Yet long after the ban, cattle carcasses in India continued to be found containing potentially lethal concentrations of diclofenac. Dead vultures were still being found with residues of the drug in association with visceral gout – a coating of uric acid crystals on the birds’ organs and a symptom of NSAID poisoning. 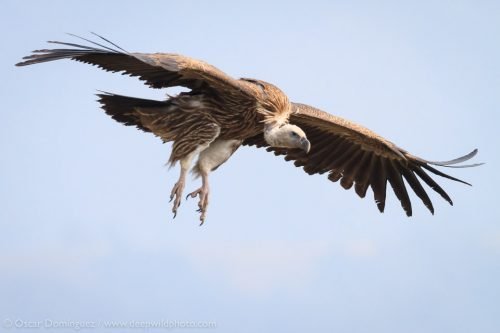 Worryingly, populations of critically endangered vultures were not showing significant signs of recovery. However, the use of another NSAID, the vulture-safe meloxicam, has been promoted, and is now much more frequently found in analyses of samples from dead cattle across India. Clearly, even though veterinary use of diclofenac is illegal, pharmacies were still making it available to veterinarians and farmers to use on cattle.

Monitoring in pharmacies
One of the ways of assessing how safe the environment is for vultures, is by keeping track of what NSAIDs are offered for sale for veterinary use. We did this by undertaking surveys of pharmacies. As the sale of diclofenac for veterinary use is illegal, if we were open about the reasons for the survey, and that we were vulture conservationists, pharmacists would be unlikely to offer us diclofenac, and we would get a biased picture of its availability. Therefore, the surveys are undercover, whereby a member of the survey team pretends to be a livestock owner, and asks for a drug to treat his injured cow, buying the first drug that is offered.

A paper just published online in the journal Bird Conservation International details pharmacy surveys carried out in India, Nepal and Bangladesh from 2012 to 2017, two to six years after diclofenac had been banned so, legally speaking, we shouldn’t have been offered this drug at all. Yet, in India during that first year, diclofenac was still the most commonly offered NSAID! Thankfully, sales of diclofenac declined in all three countries over the course of the survey, although there was much regional variation.

The good, and very significant, news is that diclofenac virtually disappeared from pharmacies in Nepal, with meloxicam the drug of choice for treating cattle. In Bangladesh also, although here the vulture-toxic drug ketoprofen was always more commonly sold than meloxicam, despite the Government banning ketoprofen in 2017 in the country’s two Vulture Safe Zones. 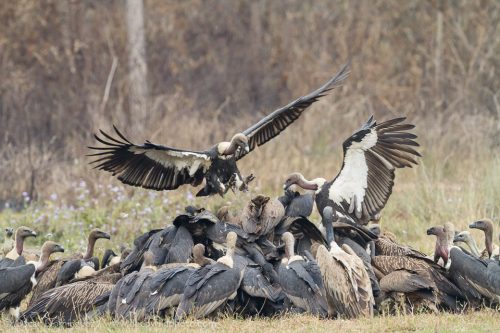 In India, the trends in the sales of different NSAIDs varied between the different regions surveyed. Whereas sales of diclofenac declined in some states, elsewhere there were actually increases. In the five Indian states surveyed in the final year, 2017, diclofenac was still being offered by 10-46% of pharmacists. Slightly more positively, meloxicam was the most commonly offered drug throughout the surveys in India, although it only constituted 35% of the NSAIDs sold.

The impact of advocacy
Following the national bans of the veterinary use of diclofenac, various measures have contributed to the subsequent trends in NSAID use that we have seen in this study. Firstly, both the Governments of Nepal and Bangladesh have actively promoted the use of meloxicam.

Secondly, in all three countries, our SAVE partners carry out advocacy work, including educating farmers, veterinarians and pharmacists about the ban on diclofenac, explaining the impact the drug has on vultures and promoting the use of meloxicam. However the frequency of these visits has affected how successful eradicating diclofenac from veterinary use has been. 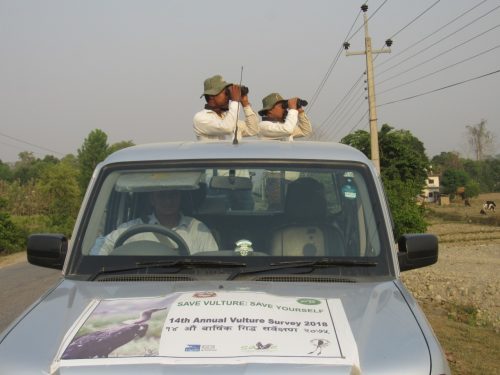 A loophole in the law
Once veterinary use of the drug was made illegal, pharmaceutical companies tried to circumvent the ban by marketing large vials of diclofenac for human use, even though such large quantities were clearly intended for treating cattle. This marketing ploy helped maintain continued illegal veterinary use of the drug, but was closed by the Indian Government in 2015.

Nevertheless, although there was a significant decline from earlier years, around half of all diclofenac bought after 2015 was still in large vials. However, most of these vials were manufactured before the ban, so it may just have been a case of pharmacists selling off old stock. Future surveys will tell us whether large vials eventually disappear.

In India, there clearly needs to be a stronger and more effective implementation of the ban on diclofenac, both in terms of eliminating vials larger than 3 ml, which are illegal, and preventing pharmacists from selling human formulations for veterinary use. This will be more challenging, as pharmacies in India generally sell medicines for both human and veterinary use, so it is perfectly legal for pharmacies to stock diclofenac in 3 ml vials.

It could be argued that we should inform the authorities of those pharmacists that supplied the drug for veterinary use, but where local people were involved in the surveys, this could put their safety at risk. However, we do provide the authorities with our results, so they are well aware of the scale of the problem, and need to be more proactive in their investigations of this illegal trade. 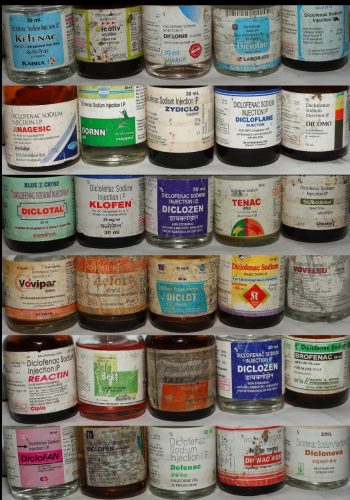 The threat from other NSAIDs
Although diclofenac, which is the most toxic drug to vultures, has been the main focus of our advocacy work, our study recorded eleven different NSAIDs, of which five are already known to be toxic to vultures.

Where there is robust scientific evidence that drugs are toxic to vultures, governments within vulture range countries should implement bans on their veterinary use. This will require extensive safety testing of a range of drugs, which will also discover further vulture-safe NSAIDs, which will give farmers and veterinarians a choice, in addition to meloxicam.

What does the future hold for South Asia’s vultures?
The importance of these results is emphasised by the most recent published nationwide population surveys of vultures in India and Nepal. In Nepal there is evidence that vulture populations have begun to recover, but in India they either continue to decline or, at best, are stable but at low levels and not yet showing signs of a recovery.

It has previously been shown that only a tiny fraction of cattle carcasses need to be contaminated by diclofenac to have caused the observed declines of vultures. Until veterinary drugs toxic to vultures are identified, and their use prevented by law, further declines of these critically endangered birds remain highly likely.

For the full paper in Bird Conservation international: Trends in the availability of the vulture-toxic drug, diclofenac, and other NSAIDs in South Asia, as revealed by covert pharmacy surveys.