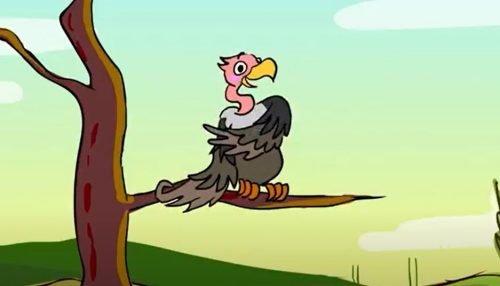 Nepal hosted many events summarised here by BCN, most notably a national vulture count was organised on 5th September, and this was explained in an article in Himalayan Nature. BCN also launched a photobook with superb images of all nine species, and held a Facebook campaign over that weekend with over a hundred participating.

In India there were multiple webinars, and a super vulture cartoon created by Bangalore-based youths and aimed at school children. This has a clear diclofenac message and we are happy to endorse with a SAVE logo. There were BNHS events in Assam, West Bengal and elsewhere, as well as national webinars delivered by Chris Bowden for Karnataka Forest Departments, Lucknow University and Humane Society International (India).

There were also webinars and awareness events in Myanmar, including a webinar including updates from all Myanmar Vulture Working Group partners, plus social media awareness on Facebook here and here receiving some welcome press media profile. There were several meetings and posters distributed in Cambodia by BirdLife Cambodia and the CVWG. In Pakistan there was a high level online launch event of a baseline vulture survey report hosted by IUCN Pakistan, attended by many senior government officials.

Finally, see the separate SAVE news item from Bangladesh.