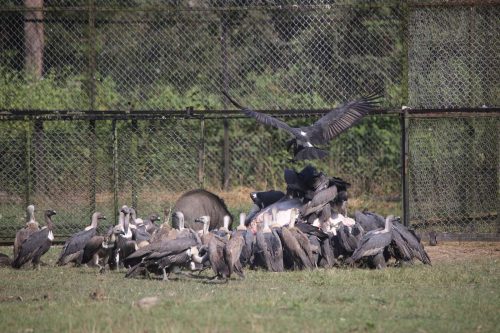 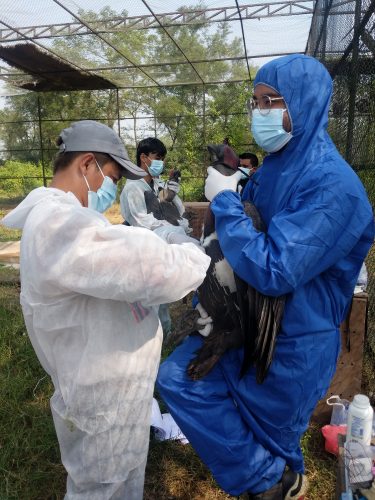 A summary of the Vulture Release Programme was presented by Ankit Bilash Joshi, Vulture Conservation Program Manager, BCN.  Ishana Thapa, BCN’s CEO, highlighted “Vulture conservation work over two decades in Nepal has shown significant progress, also monitoring of the satellite tagged birds has helped us better understand their survival and mortality factors, giving us confidence that it is fast becoming the time to declare the true Vulture Safe Zone (VSZ) in the near future”. 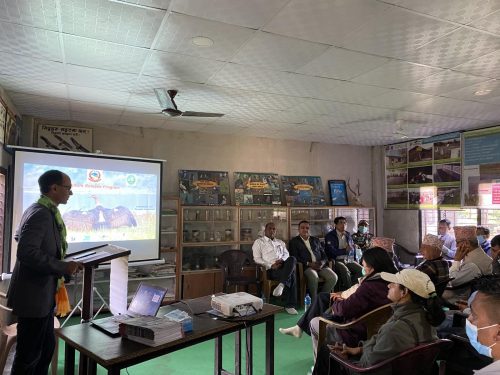 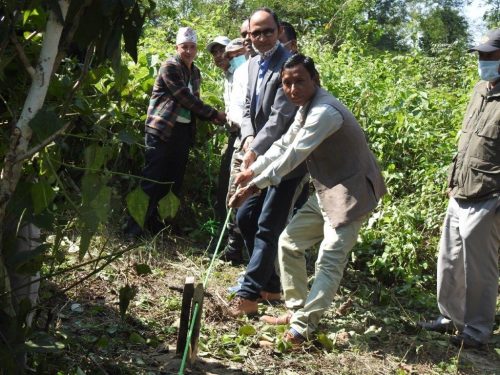 After the short speeches, the delegation walked to the release site, where the chief guest pulled the rope from beside the hide, opening the release aviary door. A buffalo carcass was placed outside the feeding site close to the aviary door to attract wild vultures and encourage the captive birds outside the release aviary. Within five minutes, the first captive bird flew through the open gate and started feeding with wild birds. Others were more nervous, and walked hesitantly along the aviary door. However, within half an hour, all the birds left the release aviary to feed with the wild vultures. Just one bird returned inside the aviary and stayed inside overnight, flying out the following day. All the released vultures flew and perched to roost along with wild vultures. As with previous releases, the birds have been fitted with GPS telemetry tags in order to follow their movements and monitor their survival. 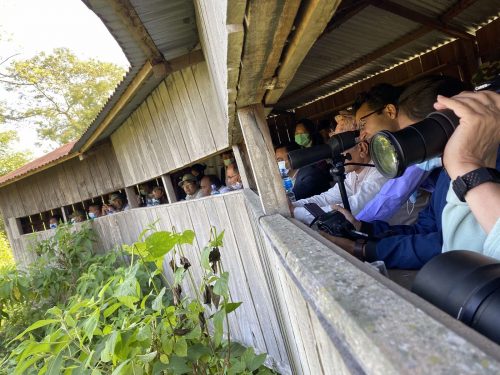 Delegates quietly awaiting the birds exit from the aviary 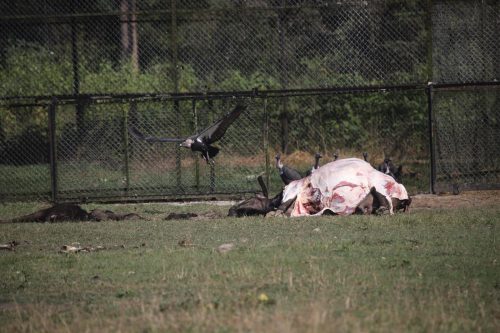 Ten wild white-rumped vultures (8 Adult and 2 Sub-adults) were trapped and satellite tagged on 2 November 2021. By GPS-tagging birds (with tags supplied and transported by the RSPB) and investigating the cause of mortality of any vultures that die, birds can be monitored and mortality from diclofenac or other non-steroidal anti-inflammatory drugs (NSAIDs), as well as other threats, can be quantified.

There will be more information and updates (including on ways in which the release methods are being improved, tagging results and the survival of released and wild birds) presented at the upcoming SAVE Open-Day on 2nd December. Everyone is welcome to  register here.