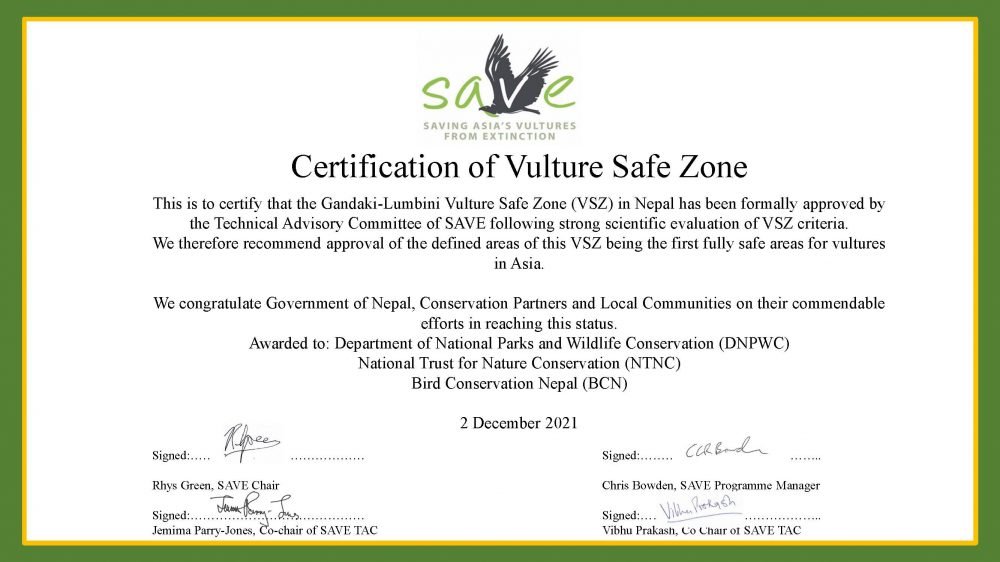 The recovery of populations of two Critically Endangered vulture species in Nepal is linked directly to progress in removing the toxic drug diclofenac from veterinary use in Nepal’s Vulture Safe Zone (VSZ). Action in this VSZ has raised public awareness about the hazard posed to vultures by the toxic non-steroidal anti-inflammatory drug when it is present in their food supply. There have been national, regional and local government legislation and commitments at a community level for more than ten years. However, thorough checking of the effectiveness of these efforts by SAVE’s Technical Advisory Committee was needed before VSZ status could be confirmed. The evidence required may include testing hundreds of cattle carcasses for diclofenac and other toxic drugs, undercover surveys of drugs on offer for veterinary use, or thorough tracking of enough wild vultures in the area to confirm that no fatalities were caused by this silent killer.

Tracking of vultures fitted with GPS tags in Nepal has reached the point where enough birds have survived, and their movements and any deaths monitored. And although there were not enough dead cattle tested to satisfy the criteria, there were  extensive undercover pharmacy surveys over a long period which confirmed that no diclofenac is being offered, and there are only low levels of other toxic veterinary drugs.  These two outcomes in the Gandaki-Lumbini VSZ led to the first ever declaration being announced at the 11th annual meeting of SAVE (Saving Asia’s Vultures from Extinction).

The declaration was a highlight of the live online event, and the Director General of Department of National Parks and Wildlife Conservation Nepal Dr Ram Chandra Kandel said “We are very delighted to know that the Technical Advisory Committee (TAC) of SAVE recognised the progress and hard work on vulture conservation in Nepal by scientifically validating and recognizing this as the world’s first truly Vulture Safe Zone. This is a great achievement in creating a safe environment for threatened vulture species in Nepal, which was achieved only through the integrated approach and efforts of the government, conservation partners and the local community.” 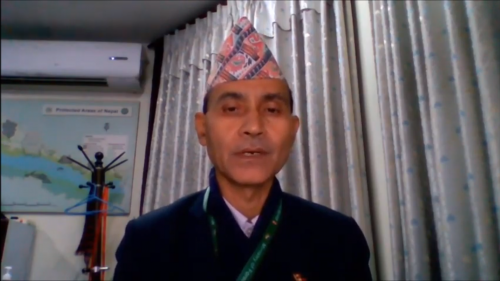 SAVE Chairman, Professor Rhys Green outlined the steps involved and strongly commended Nepal’s partners Bird Conservation Nepal (BCN) and the local and national Government bodies, as well as the community groups, NTNC and others. He commented “Conservation specialists, local and national government agencies and communities have worked together very successfully in Nepal to remove veterinary diclofenac. As soon as this change was achieved, careful monitoring of vulture populations showed that a decade of rapid decline stopped and the birds’ numbers began an impressive and continuing upward trend.” He also pointed out that “Several kinds of scientific monitoring have played a vital role in this success. Immediate retrieval of corpses of GPS tagged vultures and post-mortem examination to identify the cause of death has been invaluable. No incidents of NSAID poisoning have been detected in recent years. Tagged wild vultures in Nepal have rates of survival as high as those in thriving vulture populations elsewhere in the world. Collection of these kinds of evidence was essential in determining that the VSZ was working and must continue until the recovery is complete.”

Ishana Thapa, CEO of BCN spoke of the importance of local community support, saying  “Based on the scientific concept of vulture Safe Zone pioneered and initiated from Nepal in 2009, conservation programs have been initiated in this area which are home to important populations of these Critically endangered vultures. We have achieved this through extensive engagement with communities, veterinarians, farmers, local conservation organizations and the national media. This has freed Nepal from diclofenac, and now we can focus the conservation programs to expand, develop and sustain the proposed vulture Safe Zone further as a fully vulture Safe Zone.” 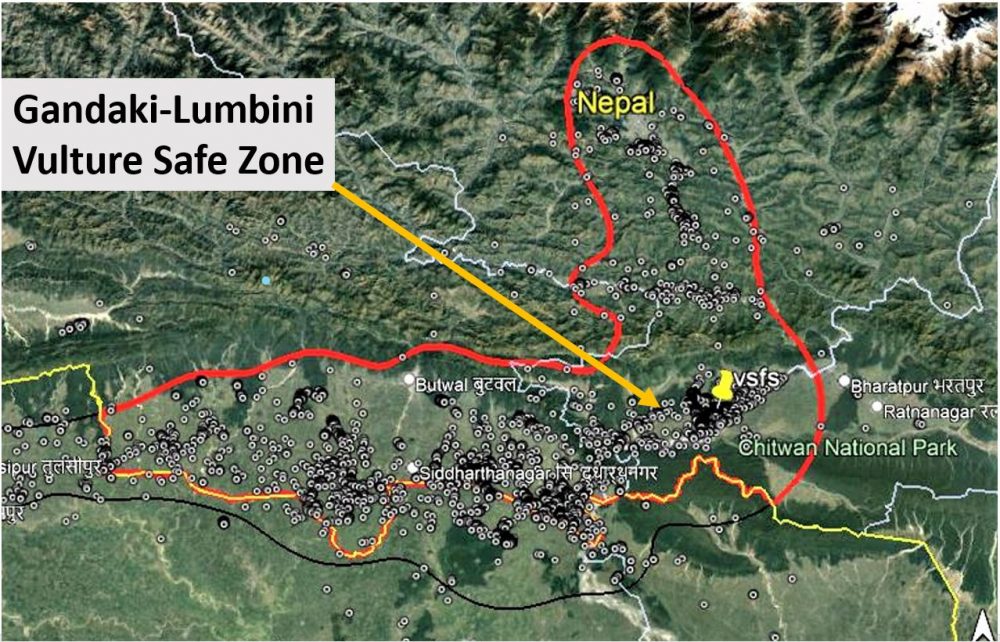 The concept of VSZs was initiated in Nepal over ten years ago and has been a valuable approach to get the support of local and regional governments, vets, pharmacies and livestock owners aware of the impacts of diclofenac and other similar drugs. This approach has been taken up in other Asian countries, and even extended to Africa and elsewhere. So far, these initiatives have been referred to as “Provisional Vulture Safe Zones” because their effectiveness needed to be evaluated scientifically. This has been done for the first time in the VSZ in Southern Nepal and it has been declared fully safe.

The boundaries of the approved VSZ are determined by the areas where the tagged birds spent most of their time, and survived. We hope this example can now be replicated elsewhere, and note that the provisional VSZs in Bangladesh have been given stronger government endorsement through gazettement, which is a commendable example that can hopefully be done in other countries too. 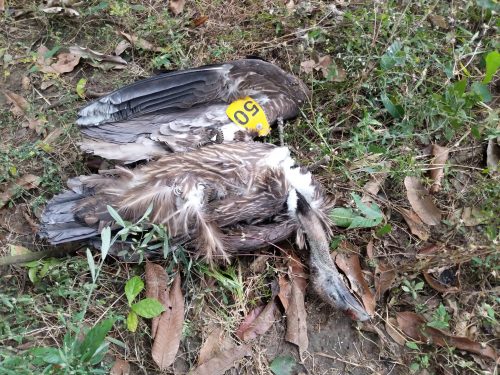 ‘The survival and cause of any mortality of tagged birds is key to the declaration of the safety of the area. Determining the cause of death and carrying out autopsies and tests to verify the cause are crucial.’ – Credit: Ankit Joshi/BCN

To learn more details of the VSZ approval process, and to watch the SAVE meeting announcement including the speech by Director General click here 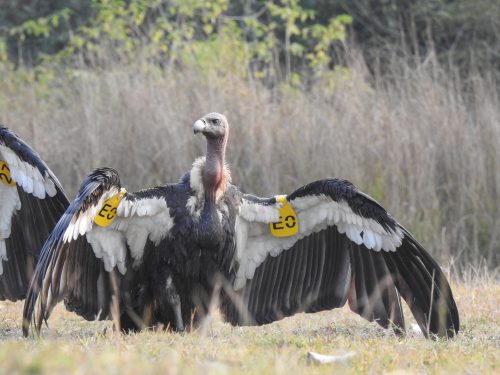 One outcome of the SAVE meeting was to encourage all countries to tag and monitor more vultures to help improve our understanding of current vulture mortality and threats – Credit: Ankit Joshi/BCN

See all presentations at the 11th SAVE meeting here