We are delighted to share the news that our very own Chris Bowden has been awarded an MBE in the Queen’s Birthday Honours list for services to environmental science and international vulture conservation. 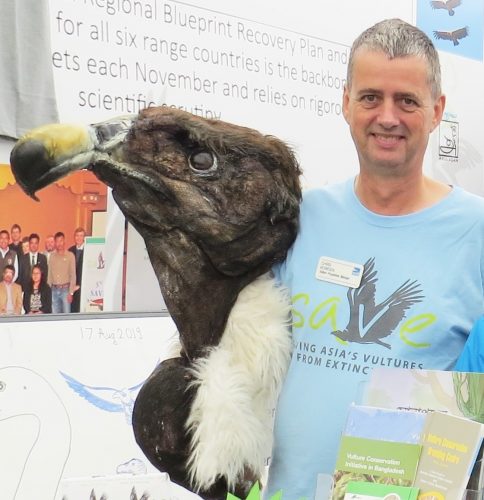 Chris’ career has seen him make a substantial contribution to saving four bird species from the brink of global extinction (Northern bald ibis, white-rumped vulture, slender-billed vulture and long-billed vulture). This has been achieved by building partnerships, knowledge and capacity within countries in Africa, Asia and Europe.

Chris began his career in the early 1980s as a Research Biologist for the RSPB, investigating the reasons for the decline of some of the UK’s most threatened bird species including nightjar, woodlark and stone curlew. In the 1990s Chris moved on to initiate a successful BirdLife project in Western Cameroon, but then to lead the RSPB’s work on Northern bald ibis in Morocco. For the last 18 years he has led RSPB efforts to save three species of vulture in Asia.

To address the environmental issue of drugs in carcasses which was having a devastating effect on vulture populations, Chris set up an advocacy programme in 2004 and worked closely with BNHS to raise the issue in India. Diclofenac was banned for veterinary use in India, Pakistan and Nepal in 2006, Bangladesh in 2010 and Cambodia in 2019.

Realising that the issue was not confined to India and Nepal, in 2011 Chris helped design and set up SAVE and has been SAVE’s Programme Manager since then. 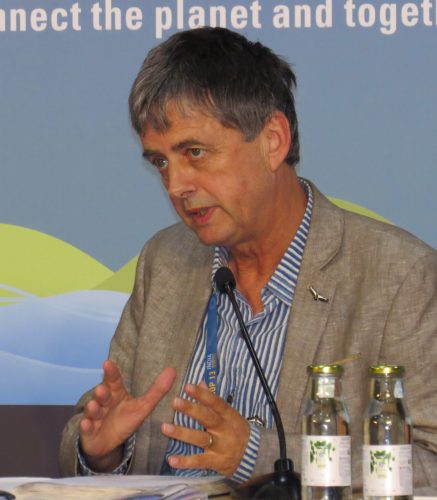 On accepting the MBE, Chris said: “I’m truly flattered to receive this recognition of my efforts for vultures – I’ve had the huge privilege of working closely with so many dedicated partners and individuals from across Asia and more widely, together applying good science to achieve conservation aims over the past 18 years.

“My involvement in vultures stemmed from earlier work on endangered species for the RSPB and BirdLife, including in Cameroon and especially for the northern bald ibis in Morocco – and this award reflects positively on so many passionate individuals (from local Moroccan fishermen to Cambridge professors, and especially my RSPB and BirdLife colleagues), with whom I’ve done my best to help coordinate efforts, in making some real progress in not only avoiding their extinction, but especially in the case of the vultures, in maintaining their crucial role in the environment.”