On 20 October 2022, the first ever critically endangered White-rumped Vulture (WRV) was satellite tagged in the Rema-Kalenga Wildlife Sanctuary, in the heart of Vulture Safe Zone 1 of Bangladesh. The tagging was done by a team of experts comprising officials from the Royal Society for the Protection of Birds (RSPB) and IUCN Bangladesh.

Prior to that, two satellite tagging and wing-tagging training events were conducted on captive WRV and Himalayan Griffons (HG) on 16 and 17 October 2022, in Bangladesh National Zoo and Bangabandhu Safari Park, respectively. The training was conducted by raptor specialist Mr. Duncan Orr-Ewing and Senior Conservation Scientist, Dr. John Mallord of RSPB. The training was attended by the specialised staff of IUCN, as well as Forest Department officials, including the Conservator of Forests, Nature and Wildlife Conservation Circle, Mr. Imran Ahmed, officials from Bangladesh National Zoo and intern doctors from various veterinary universities of Bangladesh. A total of seven participants were trained in correct and safe handling of vultures and large birds of prey, as well as attaching thoracic harnesses and wing-tags on vultures.

The trap is a bamboo made structure, with height of 12 feet, width between 27 to 15 feet and length of 25 feet, and rope netting on the sides. The dead cattle were provided right at the mouth of the trap. 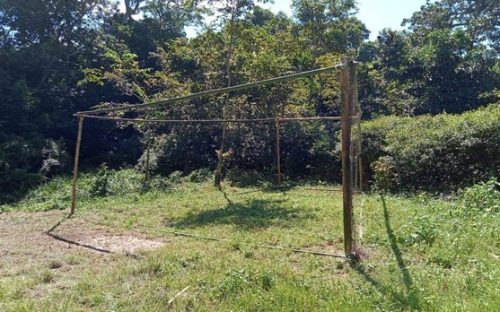 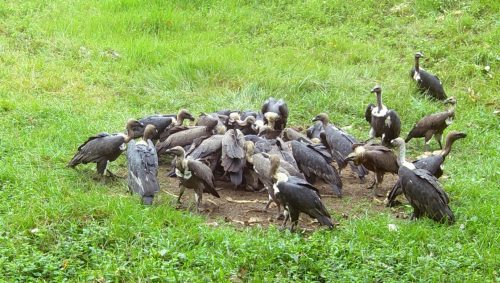 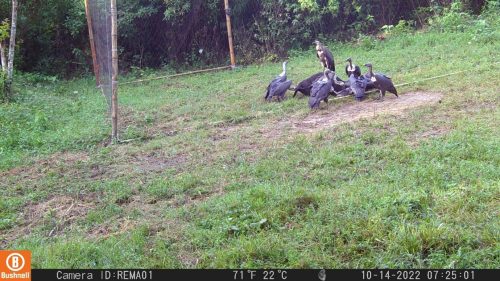 Vultures taking food inside the enclosure

Finally, after two days, one sub-adult White-rumped vulture was captured in the trap and was satellite tagged on 20 October 2022.

The WRV was tagged with an Ornitela 30g tag using the thoracic harnessing method and was safely released. The satellite tag is already giving important data. 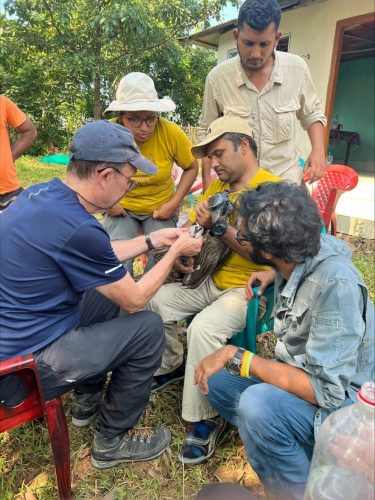 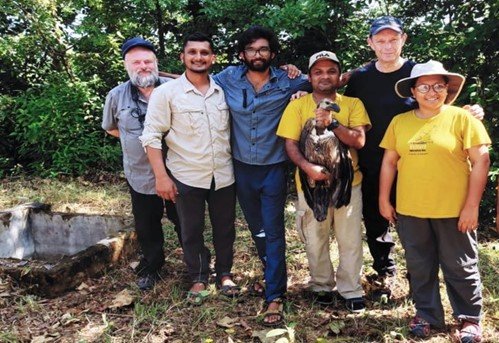 Team of experts with the first ever satellite tagged WRV in Bangladesh.

The satellite tagging was conducted in order to understand and monitor the movement ecology, home range, new breeding colony, transboundary movement, and also the level of safety in the VSZs. Bangladesh will look to continue satellite tagging of wild vultures this year for more data.

The satellite tag is already giving important data. Data from the first day indicated that the tagged vulture entered approximately 31 km inside the Tripura state of India from the Rema-Kalenga Wildlife Sanctuary. This gives the first solid evidence that the VSZs of Bangladesh are trans-boundary VSZs, and WRVs regularly move into India, where there are still threats present for vultures. 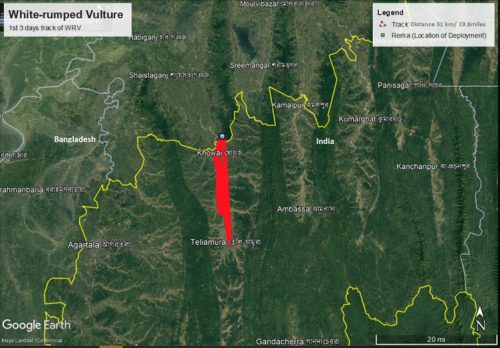 The training and the tagging events were conducted under the Vulture Conservation Program, implemented by IUCN Bangladesh under the SUFAL project of Bangladesh Forest Department, along with the technical support and expertise from Saving Asia’s Vulture from Extinction (SAVE) and RSPB.