Other hypotheses put forward for the vulture declines include reduced food availability, increased numbers of dogs, habitat destruction, use of pesticides, and disease. No evidence can be found that supports these hypotheses across the geographic range that the declines have occurred, although some of these factors may have been and continue to be important at a local scale. 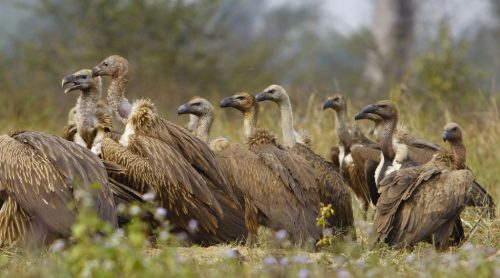 Survey teams in India in 2000 recorded over 260 livestock carcasses along road-transects and carcass dumps across India that still handle hundreds and thousands of dead animals. Despite the presence of such a large food supply, vultures are absent or rare - of the 260 livestock carcasses surveyed by Prakash et al (2003) vultures were only in attendance at <5% of carcasses, and in small numbers. 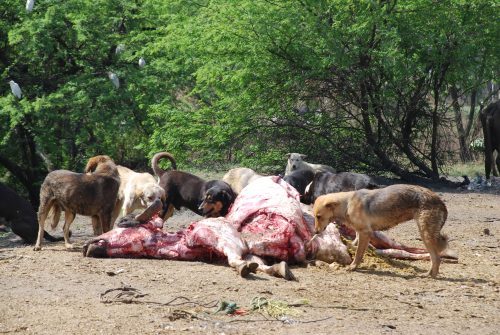 A common finding at carcass dumps is the presence of other scavengers, particularly feral dogs, and it has been proposed that the decline in vultures is due to the increase in feral dogs (Chhangani and Mohnot, 2004). However, vultures and dogs have always coexisted at carcass dumps in India, and in over eight years of observations no instances of predation by dogs on vultures has been recorded. Most importantly, the increase in dog numbers only occurred after the collapse in vulture numbers. 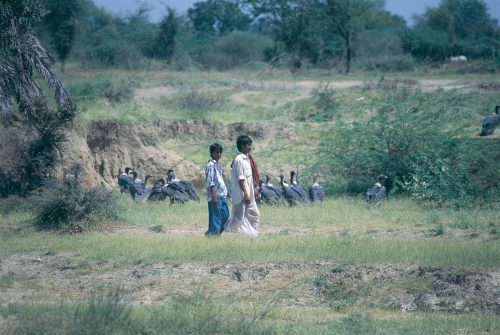 Observations of vulture breeding colonies indicated that in some areas there had been losses of nesting sites, with felling of nesting trees and quarrying of some cliffs. However, vultures exploit a large range of tree species for nesting (from coconut palms to pine trees) and across South Asia the availability of large suitable trees far exceeds the number of nesting vultures. Similarly, observations of long-billed vulture colonies on cliffs indicate the presence of many suitable nesting sites, but very low numbers of vultures. 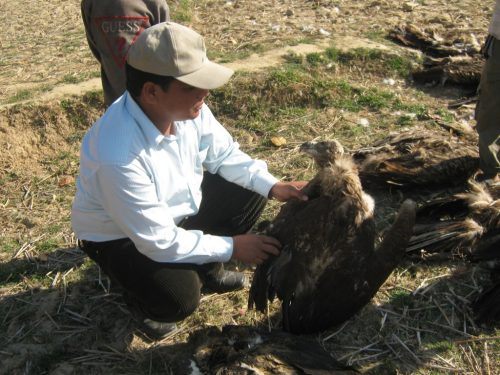 The use of pesticides, herbicides and other persistent organic chemicals was put forward as a potential cause for the loss of vultures across Asia, as the use of pesticides (eg DDT) is a known problem for birds of prey. While trace levels of pesticides were detected in some carcasses, these were only found in a few birds and not at levels likely to be damaging. Additionally, the known problems caused by DDT and other pesticides (the thinning of egg shells and low reproductive output), could not explain the 50% a year declines observed in Asian vulture populations, which can only be accounted for by high rates of adult mortality. 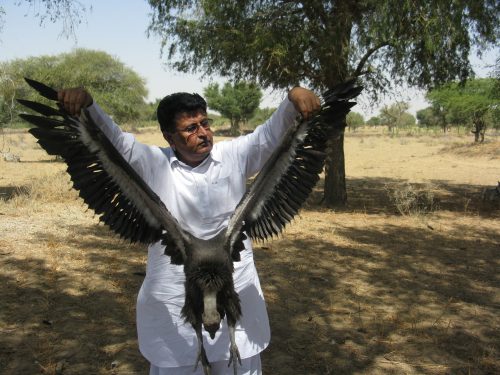 The potential role of disease was raised as a hypothesis in 2000 to explain the loss of vultures at such a rapid rate and across such a wide geographic scale. Scientists studied both live and dead vultures to see if new diseases were present. Although two pathogens were identified, the prevalence in dead and dying vultures was very low (indicating that they are not a major factor in the declines) and their presence was not linked to visceral gout, the clinical sign seen in >80% of carcasses. More recently avian malaria has been cited as a contributing factor to the population declines. While vultures may carry malaria parasites it is unlikely that this is a major additional cause of mortality.