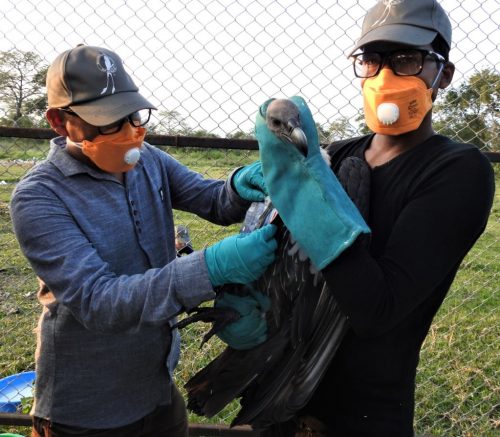 You might be wondering how the network of Asian vulture conservationists have been coping with the pandemic crisis, and whether things are still on track. Thankfully we don’t believe anyone working in the partnership has been directly affected by the virus so far, but there have still been some very serious consequences. The effects in some cases have come from totally unexpected angles, and there have been hasty adaptations needed by all of us. Here are some brief examples of how its been affecting things, country by country….

Nepal. A week or two into the pandemic, the released birds started ranging more widely than before, something we had been cautiously hoping for. Having almost never moved more than 10 km up to then, the birds started ranging further, including four that ventured across the border into India. Three of these birds were rescued by Forest Department officials  and after being in care for more than a week were re-released, and are doing fine. Speculation on whether the pandemic somehow prompted these movements through changes in food resources (closure of local slaughter-houses, and/or fewer sick cows being brought to the shelter) is not yet clear.

The field team had to cancel this year’s road transect and final colony surveys, and is restricted in how effectively they can respond to retrieve any sick or stationary bird being tracked. But otherwise, activities at the breeding centre, as well safe feeding sites operations, have been maintained so far.

India. Almost all fieldwork and the NSAIDs safety-testing has been put on hold, with serious delays including the planned nationwide road transects survey, and cattle carcass testing monitoring. The biggest problems have been caused by the lockdown travel restrictions being imposed with four hours warning. Sourcing the safe food supplies (mainly goats) for the captive populations was a huge worry for the first few weeks at all four of the BNHS-run centres in Haryana, West Bengal, Assam and Madhya Pradesh. Although the Forest Department and Central Zoo Authority have helped in various ways, especially with travel permissions, it has been a very tough time for the BNHS team. Some staff have been stranded away from their homes in field stations for many weeks – in Uttar Pradesh, Assam, Haryana and Madhya Pradesh. Normality is gradually resuming as the restrictions are starting to be relaxed in many areas. New sources of vulture food are being sourced (although some are significantly more costly) which may help in case things get more difficult again.

Bangladesh. Fieldwork has been largely halted, and some staff who have been unable to carry out their duties were temporarily found tasks they could progress from home. This has helped conserve precious resources. The situation however remains very difficult and it is unknown how this may unfold.

However, there has been some limited fieldwork. In February, the Vulture Conservation Team of Rema Hotspot locally sourced one cow for the Vulture Feeding Station after making sure that the cow was safe for consumption. In April, 13 vultures (12 Himalayan Griffon and one Cinereous Vulture) were released (See here) from the Vulture Rescue Centre. As few of the vultures remained in the vicinity, just one goat was subsequently sourced and provided.

Cattle tissue samples are still being found in the field, and are being stored locally. Due to the lockdown situation the samples cannot be transported very far. When the situation improves, and assuming they have been adequately preserved, these samples will be taken for analysis. In the meantime, several vulture related papers are being worked on, as well as funding proposals, which will be submitted to the government. Finally, the recent cyclone destroyed the Himalayan Griffon vulture rescue centre but this is already being rebuilt through efforts of the Bangladesh Forest Department. 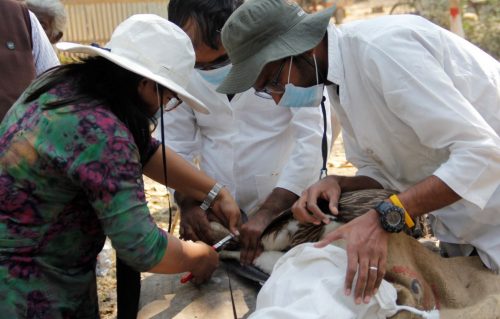 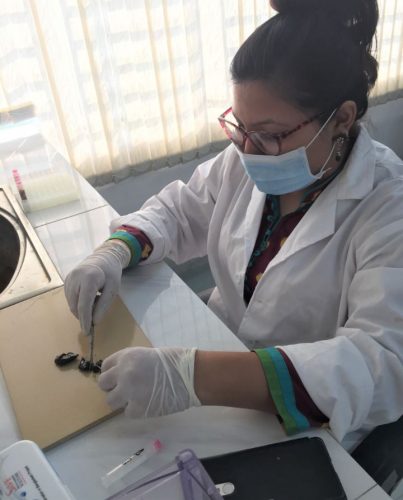 Pakistan. Thankfully most annual population monitoring and awareness raising campaigns were completed just ahead of lockdown in the Nagar Parkar Vulture Safe Zone (VSZ). Similarly, undercover surveys were completed in 31 districts with just 5 districts remaining in the Punjab province. For the Changa Manga breeding centre there were difficulties in sourcing vulture food i.e. goats and buffaloes, and also significant price increases. Fundraising for all activities (Nagar Parkar VSZ and Azad Jammu and Kashmir for the coming year is a now an even bigger challenge despite ongoing and much appreciated commitments of The Hawk Conservancy Trust.

Myanmar. The planned viewpoint survey population assessment and NSAID undercover survey in Shan (Eastern Myanmar) has been completed. However, the survey in Kachin State (Northern Myanmar) stopped after 20 points in total due to the lockdown travel restrictions. The survey will restart only after any further government announcement. BANCA has had to postpone the NSAIDs open survey and awareness-raising to local health departments and local farmers. This delay probably misses some opportunities of collaboration with pharmacy organisations and the Livestock and Breeding department. Collaborative education awareness in Shan State is also pending due to government restrictions on any gatherings of over five people. As restrictions start to relax, provisional plans for July and August are cautiously developing.

Cambodia. Thankfully the poison-response training was completed just ahead of the lockdown, as was the tagging of two white-rumped vultures. The latter has resulted in the discovery of a new breeding colony in Laos, but meanwhile other field activities have been severely restricted and the feeding sites have not been attended.

Funding streams for all partners are now more uncertain, and a major worry for most, so we will only know the full effects as time goes on.